Calculate MD5 hash of the remote file in browser

Enter the url of the file:

MD5 hash of your file is:

So, it’s not possible to calculate MD5 hash of the remote file without downloading it, because to be able to get the hash, you need to process every single byte of that file.

But with JavaScript we are able to calculate this file inside the browser without the need for user to save it to disk (it’s still downloaded tho) and than select it from the disk, which is the solution I have seen everywhere online, the reason might be the fact that most of the webpages are protected by CORS which means another webpage can’t request files hosted there. But anyway some are not protected or you might have another use-case.

First we need to download the file as blob which represents raw data.

Once we have the data as blob we can send it to the function to calculate the hash.

It’s very important to threat the data as a blob. Many JS request libraries automatically transfer the data for you by default. For example into the text form, resulting in invalid hash.
We could improve our code by piping the data from fetch trough custom response stream reader and calculate the MD5 hash directly in there chunk by chunk so theoretically we wouldn’t need to store the all the data in memory before calculating the hash.

How to find App client ID with Google API Restrictions

If you are using GSuite there is option to Restrict the API access for 3rd party apps. This is something which I highly recommend for any company. You can find the restrictions under G Suite Read more… 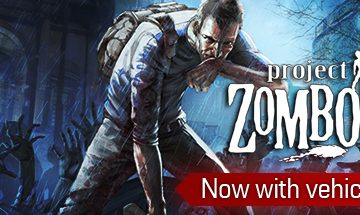 LinuxGSM server ( https://linuxgsm.com/ ) is a  bunch of server scripts which allows you to simply run multiple game server on your Linux. It’s really awesome and if it supports your game I really recommend it Read more…

AWS – Cannot add accounts to your organization while it is initializing

So I setup our organization account in AWS, confirmed everything ( credit card / phone etc …) and when I want to add new user to the created organization I get this error message. Try Read more…